5 Reasons To Store Your Car

If you love cars then car blogs are a great place to find out all the latest news and views on the world of motoring.

The number of car blogs is mind blowing so we wanted to give you our own list of what we think are Top 10 Car Blogs.

We won’t babble on about our father’s Hornby train set, and how that relates to the latest car we are reviewing, nor will we have long meandering introductions that you read and wonder ‘how on earth this is car related?!’.

In this fast paced, social media culture; we believe short and sweet is better. People want to know what is good; what is bad and that’s it. This is what Carwitter aims to do.”

What Storacar like about Carwitter
They are good friends of ours and have even written about us with what to consider when storing a car.

“Motor Verso is a motoring publication based in the UK. We supply our readers with high-quality consumable content created for the modern mobile world.

We test the latest cars and products, sharing our professional opinion with our audience – hopefully helping guide consumer decisions.

We also offer a strong focus on high-quality photography. Making striking visual content is key to providing the most rounded car reviews and articles – we ensure this content is presented in the most unique way possible. That way, you get a great impression of how a car or product looks and feels. Our own experience is essential in our hopes to influence the automotive world of journalism.”

What Storacar like about Motor Verso
If you really want to know what is happening in the world of motoring then head on over to the motor trend sections. 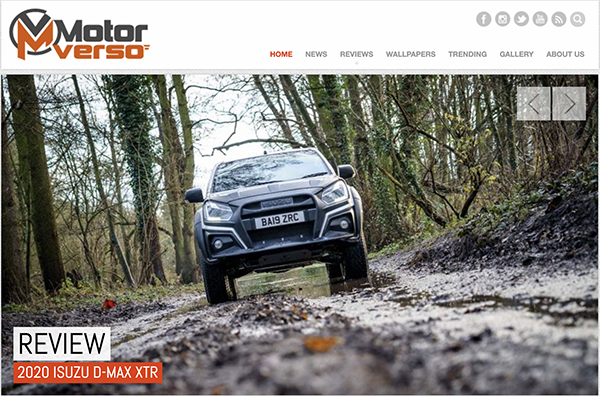 “The Old Classic Car (OCC) site contains a wealth of information relating to classic cars, from the veteran and vintage eras right through to the modern classics of the 1980s, plus memorabilia that relates to them.

Initially a small site based in the UK, over the years OCC has grown to include a wide variety of articles, photographs and nostalgia relating to the history of motoring in all its forms. Motorcycles and commercial vehicles of yesteryear also feature."

What Storacar like about Old Classic Car
This site has a massive treasure trove of car photography. We could spend hours looking at their Vintage Motor Photography Gallery.

“Welcome to Automotive Blog, the brand new blog for anything and everything Automotive.

Automotive Blog is a new blog site dedicated to the automotive industry to bring you the latest news, car reviews and information, this will be the place to keep up to date on what’s happening.”

What Storacar like about Automotive Blog
The site may be relatively new however it is packed with great articles and features on motoring. To keep up-to-date with all the latest cars we are avid readers of theircar reviews. 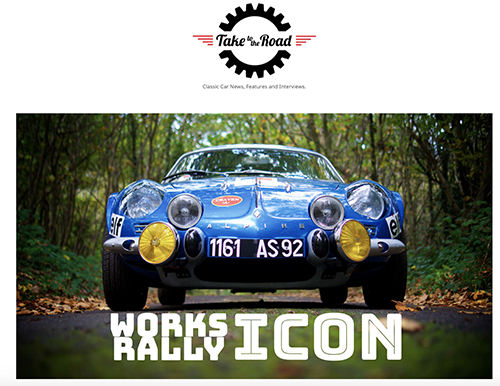 Take To The Road

"Take to the Road was launched on the 21st January 2015 by classic car enthusiast Niall Julian. Niall has been a car enthusiast for as long as he can remember and got his first taste of classic motoring when he purchased a 1967 Daimler V8 250. This purchase lead him on a car journey (no pun intended) which resulted in the creation of Take to the Road.

Niall loves classics because of their rich history and the stories they have to tell. It is the human connection that he finds fascinating. Like any car enthusiast, he has a list of car he’d like to own… a very long list. Basically every car featured on this site is on that list and is one of many he’d like to own and drive one day.

Every car and its owner has been on a journey. There is so much passion and emotion wrapped up in them. And Take to the Road’s films capture and document this. It is a little snapshot of a classics history, putting the car and its owner front and centre. Their moment of fame.

Take to the Road is all about the passion and the obsession that comes with being a classic car enthusiast. And of course getting out there a driving them…. Hence our slogan #JustGoDrive!"

What Storacar like about Take To The Road
If you like to see new cars in action (Top Gear fan maybe?) then head on over to their car video reviews.

"As the UK’s only membership club for women drivers, busy females turn to us for support when it comes to motoring matters.

We welcome women of all ages from across the UK – especially those who live alone, are new to an area, divorced or bereaved. We understand how stressful driving and running a car can be and our membership services address these concerns.

In short, FOXY puts females first by providing the motoring information they need then any further advice and support on a 1:1 basis. Sadly this is a largely unregulated industry where too many motorists still get overcharged, patronised and sold second-rate cars or motoring services they don’t need.

What Storacar like about Foxy Lady Drivers Club
The only real car blog for women with great tips and reviews that really does put women in the driving seat. We really do think you need to have a good read of the foxy lady blog. 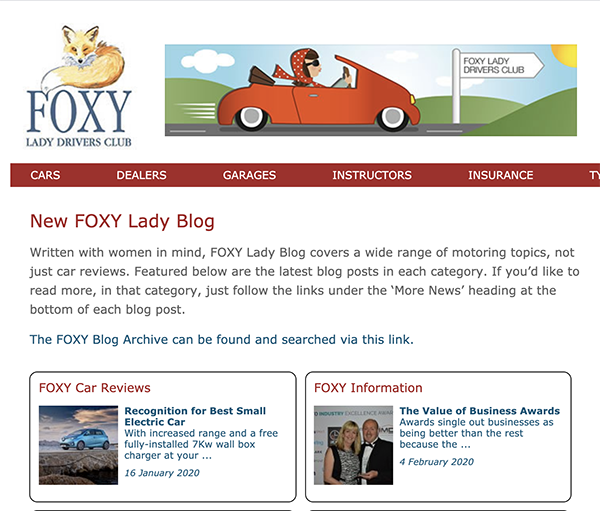 Car Throttle was started in 2009 after founder Adnan Ebrahim realised there was no online platform for people like him: young, millennial car enthusiasts.

Dubbed ‘Buzzfeed for cars’, the site quickly evolved into a vibrant community serving millions of users - called CTzens - who follow the brand on its apps and major social media platforms.

What Storacar like about Car Throttle
Probably the largest car website out there which is read by millions every week. If you like Top Gear then we know you will love their 2 Guys 1 Car video series.

"A website dedicated to enthusiasts of old classic cars from all over the world.

We hope to feature photos of not only preserved vehicles, but also original photos from over the years. Along with many other associated items such as die cast models, model kits, badges, catalogues, old adverts and show reports. We’re constantly adding to and improving the website and have a few thousands of photos for you, but we aim to add new photos and articles each week, so watch this space!

I’ve been an enthusiast of classic cars since childhood and over the years have collected many items, which we hope to share with you on My Classic. Not only the cars, but also all other things associated with them, such as models. Who remembers building plastic car kits over the years from Airfix, Revell, Monogram etc? Who can’t resist visiting swapmeets just to look at the stalls and proudly say ‘I used to have one of those Corgi/Dinky/Matchbox models as a child !’ ..And who didn’t collect car catalogues over the years, either of cars we owned or cars we would love to own, but we just couldn’t afford them.

I grew up in the 1970’s and 1980’s when Britain had a home grown industry with many famous names now long gone. Hillman, Humber, Austin, Morris, Triumph, Rover, are just a few names that bring back memories. When cars were simpler and where you could usually work on them yourself. When special tuning meant fitting a Peco exhaust or woolly dice to your car mirror. I remember my first car was a Ford Escort Mark 1, where the windscreen washer was a little foot pump under the clutch pedal, rather than modern cars that have them on the stalks. Air-conditioning meant opening the window ! Nostalgia isn’t what it used to be!"

What Storacar like about My Classic
A fantastic resource for information on cars. Whenever a new car comes in for long term car storage at Storacar, and we really want to get to the heart of the vehicle, we always head on over to their their car information service. 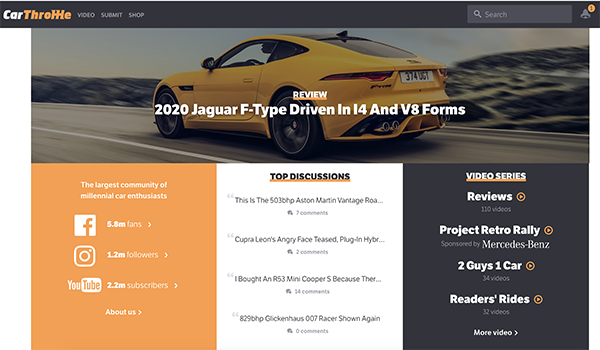 We celebrate the inventions, the personalities, and the aesthetics that ignite our collective lust for great machines. We are fans and fanatics, collectors and racers.

We seek to inform, entertain, and inspire our community of aficionados and pique the interest of those who have been missing out.

What Storacar like about Petrolicious
If you love great stories about people like you who are passionate about motor vehicles the we highly recommend their Made To Drive video series.